The Nature of Violence

This is Mount Blanca. 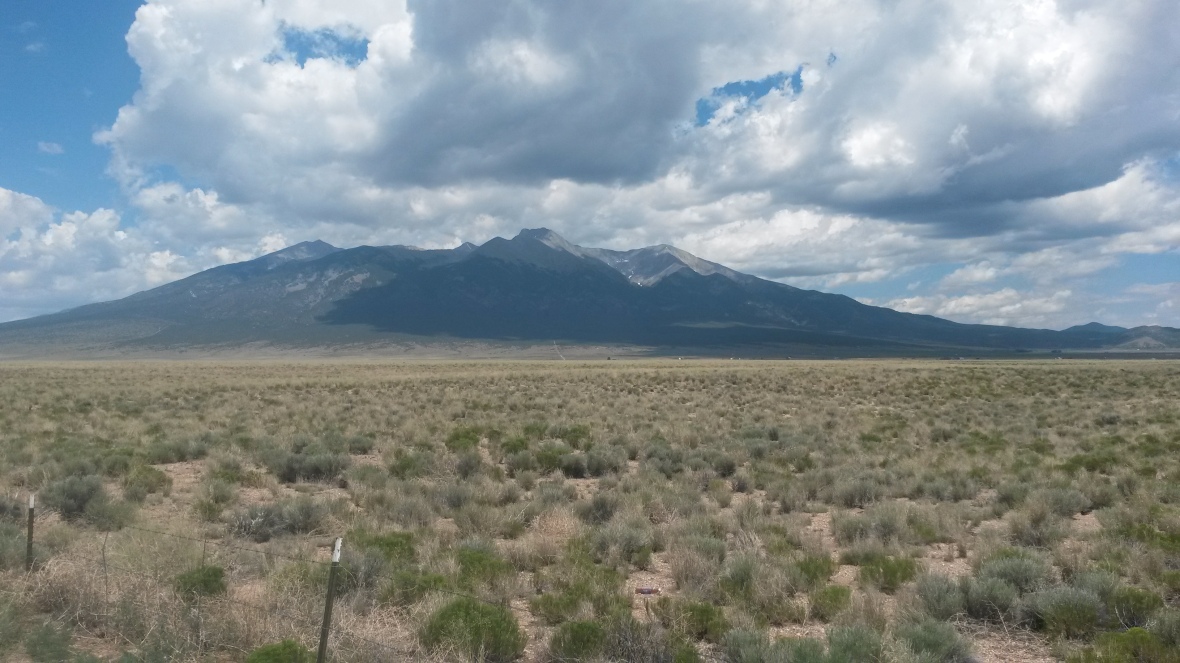 Mount Blanca is located in the San Luis Valley of Colorado, rising 14,317 feet into the high altitude of that region. It is one of the four sacred mountains to the Dinetah, or Navajo Indian Tribe. The other mountains are Mount Taylor in Laguna, New Mexico; San Francisco Peaks in Flagstaff, Arizona; and Mount Hesperus in western Colorado in the La Plata Mountains.

This is Sean T. O’Reilly.

Sean was my first husband, a man I met at a wedding in the summer of 1995. We were married the following March in Puerto Rico where we had traveled to supposedly “boat hop” in order to see the Caribbean on the cheap. We divorced on May 19th, 2000. Sean passed away on October 31, 2012. He was 44 years old.

October is Domestic Violence Month. On October 8th of 1998, Sean beat me on and off for about four hours in a small, dingy apartment in Alamosa Colorado, about sixteen miles from the trailhead of Mt. Blanca. As my right eye begin to swell shut, he threw a frozen steak at me and told me to put it on my face. The Cleveland Indians had just lost Game Three of the ALCS to the New York Yankees. Sean and I had been out a bar, watching the game, when we started to argue.

Six months later, he was sentenced to three months for assault and battery and placed in the Alamosa County jail where I went to see him every chance I could. When he was released, I was there waiting with the items he had requested: a pack of Marlboros, a 16 ounce Mountain Dew, a fifth of Jack Daniels, and a “real” toothbrush.

Our relationship was violent, tumultuous, passionate, wild, exhausting, karmic, manipulative, and filled with equal measures of fear and excitement. Before the incident in Alamosa, I had left Sean four times, often in the cover of night and twice traveling across state lines with nothing but the clothes on my back. And I loved him very deeply.

If you have never been in an abusive relationship, it may be hard for you to possibly wrap your mind around why some women stay with their abusers. I ruined family relations and friendships I had had for years. I lost jobs and went into debt. I lied, I hustled. I sat and listened to the Social Worker tell me again and again about the cycle of violence and still I went back to him.

At last count, I had left and returned to Sean eight times. For whatever reason, the ninth time was the last time. I was living in Durango Colorado and a woman by the name of Sandy Cooper took me in. Two days later, a Deputy Sheriff escorted me to where I had been living with Sean. I will never forget the pressed blue suit, the shiny black shoes and the heavy gun-metal gray pistol he lightly tapped as he watched me, Sandy and Sandy’s husband Bob load my belongings into their truck. Later that afternoon, I signed the last restraining order I would sign.

Whenever you hear of people staying with abusers or women who stay silent after experiencing other forms of violence—sexual or otherwise—please understand that a lot of complicated emotions and feelings are flavoring their silence and inability to leave. In addition to having feelings for the person who abuses, there is the very real issue of safety, or in the innumerable instances with Harvey Weinstein, a reputation and career to think about. I also do not feel this issue can be neatly boiled down to the shortcomings of a patriarchal society, although that is a huge contributor. Little boys do not grow up in a vacuum, and patriarchy is fueled by a template of violence which has been firmly in place for eons.

If you are in an abusive relationship, or think that you might be, do not blame yourself. The blame/shame tactic is nothing more than a rudimentary form of low self-esteem (blame) and manipulation (shame). Also, abuse doesn’t always show up as television sets hurled at you or fists to your stomach. Demeaning and condescending language, rage, and jealousy all work to create an unstable environment that victims begin to think they somehow caused.

There is help and support in a variety of places. I will be forever grateful for the shelter in Alamosa, Tu Casa. And to Sandy Cooper, wherever she might be. And to so, so many others.

And may Sean RIP.

The state-wide domestic hotline for Maine is:

Or you can visit the Maine Coalition to End Domestic Violence at www.mcedv.org/need-help

1 Comments on “The Nature of Violence”